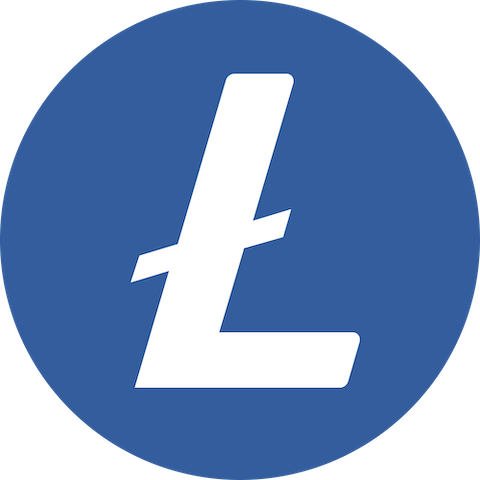 Litecoin is one of the oldest and most popular cryptocurrencies in the world. The Litecoin network went live on October 13, 2011. The founder of Litecoin is Charlie Lee who worked for Google before founding Litecoin. Technically Litecoin is almost identical to Bitcoin. Litecoin is often used to test new innovations created for Bitcoin, before they are applied to Bitcoin itself. So Litecoin is like a lighter version of Bitcoin. Many people say that Bitcoin and Litecoin are like the gold and silver of the cryptocurrency space.

Currently there are about 65 million litecoins in the world. Maximum amount of litecoin is 84 million. Litecoin uses the Proof of Work consensus method. This means that the blockchain maintenance work is done with physical mining machines. Miners are currently awarded with 12.5 new litecoins per block. Amount of new litecoins per block gets halved roughly every 4 years (every 840,000 blocks). In the case of Litecoin, the halving of the mining reward means that fewer new litecoins enter the market every four years. Like Bitcoin, the halving of Litecoin is a feature, which is programmed inside the blockchain. The goal of halving is to prevent inflation and keep the total amount of litecoin stable.

The Litecoin blockchain is maintained by miners. In Litecoin’s blockchain, mining is a validation of transactions. For this effort, successful miners obtain new litecoin’s as a reward. Mining is extremely important to Litecoin’s network, because without miners there wouldn’t be a Litecoin network.

The history of Litecoin

Litecoin founder Charlie Lee has played a very big role in the project since its inception. Even today, Litecoin personifies Charlie Lee very strongly. Back in 2000 Charlie Lee graduated from the Massachusetts Institute of Technology (MIT) with a master’s degree in computer science. After his graduation Charlie Lee started to work at Google.

Charlie Lee worked from Google more than a decade, until in 2011 he became interested in Bitcoin. Very soon Lee noticed that there might be room for another cryptocurrency alongside Bitcoin. Finally the Litecoin network went live on October 13, 2011. So Charlie Lee created Litecoin relatively quickly. Some people say that Lee just copied the Bitcoin code and made few changes to it. There is nothing wrong with that, because Bitcoin is an open source software, which is free for anyone to use. Since its inception, Litecoin has been well received. Today, Litecoin has established itself among the largest cryptocurrencies in the world.

From the beginning, Charlie Lee’s goal was to make Litecoin faster and lighter than Bitcoin. How he succeeded in this goal will emerge in the following paragraph, which deals with the differences between Litecoin and Bitcoin.

The differences between Litecoin and Bitcoin

Litecoin and Bitcoin both use a consensus method called Proof of Work. Proof of Work is a traditional consensus method where blockchain maintenance work is done with physical mining equipments. Like new bitcoins, new litecoins are created to the world as mining rewards. A new block of Litecoin blockchain is created every 2.5 minutes. The corresponding figure for Bitcoin is 10 minutes. As a result, Litecoin’s transactions are even four times faster than Bitcoin’s transactions.

Litecoin and Bitcoin are technically very similar. Litecoin and Bitcoin are coming from the same program code and their blockchains are almost identical. The founder of Litecoin Charlie Lee has said several times that Litecoin will benefit significantly from this. Litecoin can take advantage of Bitcoin network upgrades on their own operations as well. A great example is the Bitcoin SegWit upgrade, which was also activated in Litecoin last year. SegWit upgrade improved the capacity of the Litecoin network. In addition to SegWit, Litecoin also utilizes the lightning network, which is also familiar from Bitcoin. Thanks to the lightning network, litecoin transfers are very fast. Litecoin is also making a little difference to Bitcoin. Litecoin is planning to launch the MimbleWimble privacy feature. That privacy feature means that Litecoin users can protect their privacy in the future. Currently there is no similar privacy feature planned for Bitcoin.

Litecoin and Bitcoin are intended to serve different use cases. Bitcoin is a store of value and an alternative to our current monetary system. In the case of Litecoin, faster transactions and lower transaction fees makes it suitable for everyday use.