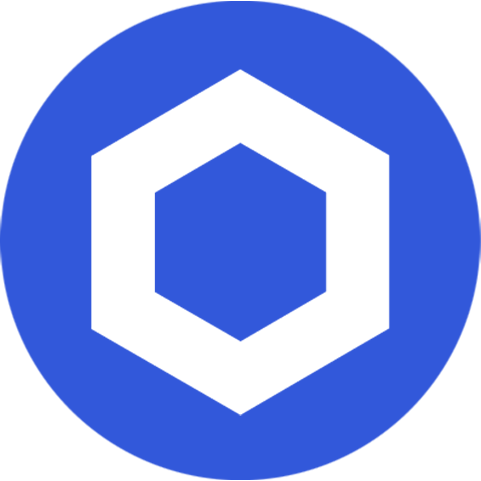 Chainlink is a distributed program built on top of Ethereum. Chainlink displays all high-quality data for smart contracts. Smart contracts are programs programmed into a blockchain that automatically perform the functions assigned to them, eliminating them from third-parties and other cumbersome trust processes. It is also impossible to manipulate or change smart contracts afterward.

Chainlink began operations on the Ethereum blockchain in 2019. 2019 was a solid year for Chainlink. That year, Chainlink got many significant partnerships (Google, Oracle, and Microsoft), and it was also listed in the world's largest cryptocurrency exchanges.

The year 2020 was also convincing for Chainlink. Chainlink established itself as the world's leading oracle solution and one of the world's largest cryptocurrencies in terms of market value.

Chainlink is an oracle network built on top of Ethereum. Chainlink has its own token called LINK. The LINK token is the cornerstone of the entire Chainlink ecosystem and plays a crucial role in the operation of Chainlink. The maximum number of LINK tokens is predetermined.

In practice, Chainlink acts as a link between the smart contracts and the off-chain data they need. Chainlink provides a fully decentralized platform for oracles that play a significant role in smart contracts' reliability. In the system developed by Chainlink, oracles should provide the highest quality information possible for smart contracts, as well-performing oracles earn LINK tokens for their performance, while poorly performing oracles lose their tokens. LINK is the currency built into the Chainlink network, and it is also the only currency used by the Chainlink network's essential functions.

The Chainlink network includes numerous nodes that supply off-chain data to smart contracts via oracles. The process is completely decentralized, eliminating security issues that might occur when using a single centralized oracle. Also, Chainlink's software checks the quality of data previously produced by the oracle and discards nodes that produce unreliable and low-quality data.

Although Chainlink operates on the blockchain of Ethereum, its operation is not limited to Ethereum alone. In practice, Chainlink is a distributed program whose services can be deployed in any blockchain. Since 2019, more and more blockchain projects have integrated Chainlink's oracles into their network. Today, Chainlink technology serves as a cornerstone in numerous different cryptocurrency projects. For example, almost all of the most significant decentralized finance applications (DeFi) utilize Chainlink's oracles.

Chainlink as an investment

Over the years, Chainlink has gained massive popularity among cryptocurrency investors. Chainlink's growing popularity is due to several different factors like Chainlink's unique technology and many well-known cooperation agreements. Chainlink also enables the reliability of smart contracts by fixing the oracle problem of smart contracts. The oracle problem means that before Chainlink, the information produced by the oracles could often be inaccurate.

The solution offered by Chainlink is used in almost every cryptocurrency project that requires information produced by oracles. It can be said that without Chainlink's oracle solution, the development of the cryptocurrency market would have been slower, and most of the most significant innovations in the market would not have been technically possible.

The Chainlink's LINK token's success is directly comparable to whether Chainlink's solution has any use. If the demand for smart contracts increases in the future, the LINK token uses are also growing. An increase in Chainlink usage naturally also affects the price development of the LINK. Chainlink offers a workable solution to smart contracts' oracle problem, and it also has no significant competitors at the moment. So it's no wonder that Chainlink has become one of the most popular cryptocurrencies on the market.